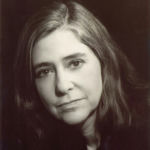 Why Is Margaret Hamilton Influential?

According to Wikipedia, Margaret Heafield Hamilton is an American computer scientist, systems engineer, and business owner. She was director of the Software Engineering Division of the MIT Instrumentation Laboratory, which developed on-board flight software for NASA's Apollo program. She later founded two software companies—Higher Order Software in 1976 and Hamilton Technologies in 1986, both in Cambridge, Massachusetts.

Other Resources About Margaret Hamilton

What Schools Are Affiliated With Margaret Hamilton ?

Margaret Hamilton is affiliated with the following schools: