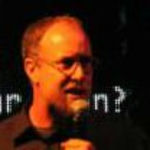 Why Is Mark Coeckelbergh Influential?

According to Wikipedia, Mark Coeckelbergh is a Belgian philosopher of technology. He is Professor of Philosophy of Media and Technology at the Department of Philosophy of the University of Vienna and former President of the Society for Philosophy and Technology. He was previously Professor of Technology and Social Responsibility at De Montfort University in Leicester, UK, Managing Director of the 3TU Centre for Ethics and Technology, and a member of the Philosophy Department of the University of Twente. Before moving to Austria, he has lived and worked in Belgium, the UK, and the Netherlands. He is the author of several books, including Growing Moral Relations , Human Being @ Risk , Environmental Skill , Money Machines , New Romantic Cyborgs , Moved by Machines , the textbook Introduction to Philosophy of Technology , and AI Ethics . He has written many articles and is an expert in ethics of artificial intelligence. He is best known for his work in philosophy of technology and ethics of robotics and artificial intelligence , he has also published in the areas of moral philosophy and environmental philosophy.

Other Resources About Mark Coeckelbergh

What Schools Are Affiliated With Mark Coeckelbergh?

Mark Coeckelbergh is affiliated with the following schools: