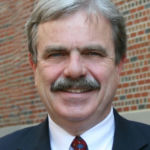 Why Is Mark Wightman Influential?

According to Wikipedia, Robert Mark Wightman is an electrochemist and professor of chemistry at the University of North Carolina at Chapel Hill. He is best known for his work in the areas of ultramicroelectrodes, electrochemistry, and neurochemistry. One of Wightman's most notable achievements is the development of the ultramicroelectrode and microelectrode voltammetry. At the same time as Wightman's innovations, the microelectrode was developed independently by Martin Fleischmann at the University of Southampton. In 2011, Wightman had the 192nd highest h-index, 74, of any living chemist. As of 2018, Wightman was an author of over 390 papers and had an h-index of 103.

Other Resources About Mark Wightman

What Schools Are Affiliated With Mark Wightman?

Mark Wightman is affiliated with the following schools: