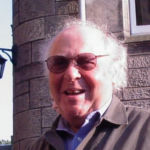 Why Is Marshall Sahlins Influential?

Note: Since the publication of this ranking list, Professor Sahlins passed away, April 5, 2021.

An activist since the Vietnam War, Sahlins coined the phrase, teach-in, an academic exercise inviting open discourse, barring any limitation on where the discussion may lead. His work explored the power of culture to shape ideas and beliefs, and the relationship between agency and structure. Sahlins is most famous for his notable contributions in the fields of economic and historical anthropology and he performed most of his research in Hawaiʻi and Fiji.

Sahlins began his trajectory toward becoming one of the world’s most famous anthropologists when he started writing and publishing scholarly works in the late-1950s. His works have included Moala: Culture and Nature on a Fijian Island, The Use and Abuse of Biology: An Anthropological Critique of Sociobiology, and Apologies to Thucydides: Understanding History as Culture and Vice Versa.

After hearing of its efforts to support military research, Sahlin resigned from the National Academy of Sciences in protest. His principled approach to anthropology has earned him a devoted following, including, of course, the many promising new anthropologists whom he has mentored throughout his teaching career.

According to Wikipedia, Marshall David Sahlins was an American cultural anthropologist best known for his ethnographic work in the Pacific and for his contributions to anthropological theory. He was Charles F. Grey Distinguished Service Professor Emeritus of Anthropology and of Social Sciences at the University of Chicago.

Other Resources About Marshall Sahlins

What Schools Are Affiliated With Marshall Sahlins?

Marshall Sahlins is affiliated with the following schools: