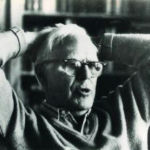 Why Is Martin Gardner Influential?

According to Wikipedia, Martin Gardner was an American popular mathematics and popular science writer with interests also encompassing scientific skepticism, micromagic, philosophy, religion, and literature—especially the writings of Lewis Carroll, L. Frank Baum, and G. K. Chesterton. He was also a leading authority on Lewis Carroll. The Annotated Alice, which incorporated the text of Carroll's two Alice books, was his most successful work and sold over a million copies. He had a lifelong interest in magic and illusion and in 1999, MAGIC magazine named him as one of the "100 Most Influential Magicians of the Twentieth Century". He was considered the doyen of American puzzlers. He was a prolific and versatile author, publishing more than 100 books.

Other Resources About Martin Gardner

What Schools Are Affiliated With Martin Gardner?

Martin Gardner is affiliated with the following schools:

What Are Martin Gardner's Academic Contributions?

Martin Gardner has made the following academic contributions: