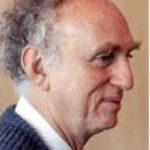 Why Is Martin Lewis Perl Influential?

According to Wikipedia, Martin Lewis Perl was an American chemical engineer and physicist who won the Nobel Prize in Physics in 1995 for his discovery of the tau lepton. Life and career Perl was born in New York City, New York. His parents, Fay , a secretary and bookkeeper, and Oscar Perl, a stationery salesman who founded a printing and advertising company, were Jewish immigrants to the US from the Polish area of Russia.

Other Resources About Martin Lewis Perl

What Schools Are Affiliated With Martin Lewis Perl?

Martin Lewis Perl is affiliated with the following schools: