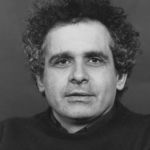 Why Is Maurice Bloch Influential?

Maurice Bloch is Emeritus Professor at the London School of Economics. He was born in France in 1939. After his father, serving in the French army, was killed by the Nazis, he moved with his mother and her new husband to England. He completed his undergraduate education at the London School of Economics and earned his Ph.D in anthropology at Fitzwilliam College of Cambridge University.

Bloch has researched themes of kinship, politics, economics, and religion in two regions of Madagascar. His work has built a bridge between linguistics, psychology, and social anthropology. A writer of numerous books and articles about Madagascar, his work has been translated into more than a dozen languages. His works include Placing the Dead: Tombs, Ancestral Villages, and Kinship Organization in Madagascar, From Blessing to Violence: History and Ideology in the Circumcision Ritual of the Merina of Madagascar, and most recently, In and Out of Each Other’s Bodies: Theories of Mind, Evolution, Truth, and the Nature of the Social, published in 2013.

A mentor to many of the next generation of anthropologists, he has taught at the Free University of Amsterdam, University of California at Berkeley, the New School for Social Research, and the London School of Economics, where he spent most of his career. He was selected as a Fellow of the British Academy in 1990.

According to Wikipedia, Maurice Bloch is a British anthropologist who trained at the London School of Economics and Cambridge University. He is famous for his fieldwork on the shift of agriculturalists in Madagascar, Japan and other parts of the world, and has also contributed important neo-Marxian work on power, history, kinship, and ritual.

Other Resources About Maurice Bloch

What Schools Are Affiliated With Maurice Bloch?

Maurice Bloch is affiliated with the following schools: