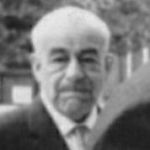 Why Is Max Horkheimer Influential?

According to Wikipedia, Max Horkheimer was a German philosopher and sociologist who was famous for his work in critical theory as a member of the Frankfurt School of social research. Horkheimer addressed authoritarianism, militarism, economic disruption, environmental crisis, and the poverty of mass culture using the philosophy of history as a framework. This became the foundation of critical theory. His most important works include Eclipse of Reason , Between Philosophy and Social Science and, in collaboration with Theodor Adorno, Dialectic of Enlightenment . Through the Frankfurt School, Horkheimer planned, supported and made other significant works possible.

Other Resources About Max Horkheimer

What Schools Are Affiliated With Max Horkheimer?

Max Horkheimer is affiliated with the following schools:

What Are Max Horkheimer's Academic Contributions?

Max Horkheimer has made the following academic contributions: