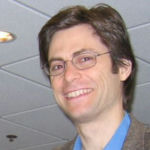 Why Is Max Tegmark Influential?

Max Tegmark was born in Stockholm, Sweden in 1967. He received a BA in economics from the Stockholm School of Economics and completed a BSc degree in physics a year later at the KTH Royal Institute of Technology. He then ventured to the University of California, Berkeley where he earned an MA and PhD studying physics. He is a professor at the Massachusetts Institute of Technology and the Scientific Director of the Foundational Questions Institute. He is also a co-founder along with Skype founder Jaan Tallinn of the Future of Life Institute, which examines issues of existential risk, particularly the some think we face by the advance of artificial intelligence leading to superintelligent machines.

Tegmark’s primary work has been in the area of cosmology. Along with physicists Daniel Eisenstein and Wayne Hu, he introduced the idea of using “baryon acoustic oscillations” as a so-called “standard ruler” in cosmology—a known physical length used to measure cosmological phenomena. Baryon acoustic oscillations are fluctuations in the density of visible baryons in the universe. He has also helped develop the theory of the cosmological interpretation of quantum mechanics, where quantum mechanics describes not possibilities by infinite sequences of actual phenomena.

Tegmark’s books include Our Mathematical Universe and Life 3.0: Being Human in the Age of Artificial Intelligence. He was elected Fellow of the American Physical Society in 2012.

According to Wikipedia, Max Erik Tegmark is a Swedish-American physicist, cosmologist and machine learning researcher. He is a professor at the Massachusetts Institute of Technology and the president of the Future of Life Institute. He is also a scientific director at the Foundational Questions Institute, a supporter of the effective altruism movement, and has received research grants from Elon Musk to investigate existential risk from advanced artificial intelligence.

Other Resources About Max Tegmark

What Schools Are Affiliated With Max Tegmark?

Max Tegmark is affiliated with the following schools:

What Are Max Tegmark's Academic Contributions?

Max Tegmark has made the following academic contributions: