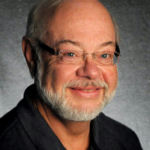 Why Is Michael W. Allen Influential?

According to Wikipedia, Michael W. Allen is an American software developer, educator, and author. He is known for his work on e-learning, and led the development of the Authorware software. Biography Allen received a BA in psychology from Cornell College, and MA and Ph.D. from the Ohio State University in educational psychology. From 1971 to 1984 Allen worked for Control Data Corporation on its PLATO computer-based education system . He rose to be director of advanced educational systems R&D. Allen founded Authorware in 1984, incorporating it in 1985. Authorware merged with MacroMind-Paracomp in 1992 to form Macromedia, which was later bought by Adobe Systems.

Other Resources About Michael W. Allen

What Schools Are Affiliated With Michael W. Allen?

Michael W. Allen is affiliated with the following schools: