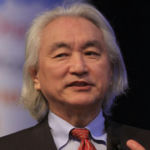 Why Is Michio Kaku Influential?

Michio Kaku was born in San Jose, California in 1947. He received his BSc in physics from Harvard and earned his PhD from the University of California, Berkeley. Not a year later, Kaku could be found lecturing at Princeton. Kaku is currently Professor of Theoretical Physics in the City College of New York and CUNY Graduate Center.

Kaku is a frequent contributor to media presentations of science and physics. His 2008 Physics of the Impossible was a New York Times bestseller, as was his Physics of the Future in 2011, and The Future of the Mind in 2014. His academic work in physics focuses on questions in quantum mechanics. He’s researched these issues at Princeton’s prestigious Institute for Advanced Studies as well as in his current role at the City College of New York. Notably, Kaku helped get word out on an historical radiation leak at Santa Susana Field Laboratory, where he was a graduate student when the incident occurred in 1979.

Kaku won the Klopsteg Memorial Award in 2008 for outstanding work in physics.

According to Wikipedia, Michio Kaku is an American theoretical physicist, futurist, and popularizer of science . He is a professor of theoretical physics in the City College of New York and CUNY Graduate Center. Kaku is the author of several books about physics and related topics and has made frequent appearances on radio, television, and film. He is also a regular contributor to his own blog, as well as other popular media outlets. For his efforts to bridge science and science fiction, he is a 2021 Sir Arthur Clarke Lifetime Achievement Awardee.

Other Resources About Michio Kaku

What Schools Are Affiliated With Michio Kaku?

Michio Kaku is affiliated with the following schools:

What Are Michio Kaku's Academic Contributions?

Michio Kaku has made the following academic contributions: