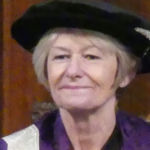 Why Is Nancy Rothwell Influential?

Nancy Rothwell is the President and Vice-Chancellor of the University of Manchester, the director of AstraZeneca, a global pharmaceuticals company, and a physiologist. She is also a trustee of Cancer Research UK and chair of the Research Defence Society. She earned her first class degree in physiology and a Ph.D from Queen Elizabeth College.

Her early research efforts were focused on obesity, cachexia, and energy balance regulation. She is a vocal supporter of women in science and has provided visionary leadership in her roles as the president of the Royal Society of Biology. She was the first woman to lead the University of Manchester, a testament to her groundbreaking work and transformative leadership style.

Most recently, she has been researching the role of inflammation in brain disease. Her discovery of the impacts of cytokine interleukin-1 is giving rise to new treatment methods designed to inhibit the inflammatory response in strokes.

Other Resources About Nancy Rothwell

What Schools Are Affiliated With Nancy Rothwell?

Nancy Rothwell is affiliated with the following schools: