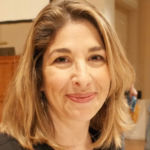 Why Is Naomi Klein Influential?

According to Wikipedia, Naomi A. Klein is a Canadian author, social activist, and filmmaker known for her political analyses, support of ecofeminism, organized labour, left-wing politics and criticism of corporate globalization, fascism, ecofascism and capitalism. On a three-year appointment from September 2018, she was the Gloria Steinem Chair in Media, Culture, and Feminist Studies at Rutgers University.

Other Resources About Naomi Klein

What Schools Are Affiliated With Naomi Klein?

Naomi Klein is affiliated with the following schools:

What Are Naomi Klein's Academic Contributions?

Naomi Klein has made the following academic contributions: