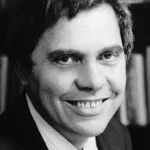 Why Is Neil Postman Influential?

According to Wikipedia, Neil Postman was an American author, educator, media theorist and cultural critic, who eschewed technology, including personal computers in school and cruise control in cars, and is best known for twenty books regarding technology and education, including Amusing Ourselves to Death , Conscientious Objections , Technopoly: The Surrender of Culture to Technology , The Disappearance of Childhood and The End of Education: Redefining the Value of School .

Other Resources About Neil Postman

What Schools Are Affiliated With Neil Postman?

Neil Postman is affiliated with the following schools:

What Are Neil Postman's Academic Contributions?

Neil Postman has made the following academic contributions: