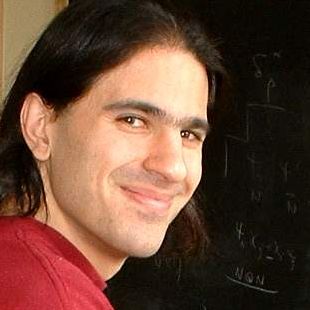 Nima Arkani-Hamed is an American-Canadian theoretical physicist, with interests in high-energy physics, quantum field theory, string theory, cosmology and collider physics. Arkani-Hamed is a member of the permanent faculty at the Institute for Advanced Study in Princeton, New Jersey. He is also director of The Center for Future High Energy Physics in Beijing, China.