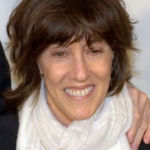 Why Is Nora Ephron Influential?

According to Wikipedia, Nora Ephron was an American journalist, writer, and filmmaker. She is best known for her romantic comedy films and was nominated three times for both the Writer’s Guild of America Award and the Academy Award for Best Original Screenplay for Silkwood , When Harry Met Sally... , and Sleepless in Seattle . She won the BAFTA Award for Best Original Screenplay for When Harry Met Sally..., which the Writers Guild of America ranked as having the 40th greatest screenplay of all time.

Other Resources About Nora Ephron

What Schools Are Affiliated With Nora Ephron?

Nora Ephron is affiliated with the following schools:

What Are Nora Ephron's Academic Contributions?

Nora Ephron has made the following academic contributions: