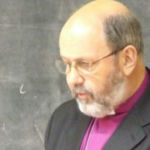 Why Is N. T. Wright Influential?

According to Wikipedia, Nicholas Thomas Wright , known as N. T. Wright or Tom Wright, is an English New Testament scholar, Pauline theologian and Anglican bishop. He was the bishop of Durham from 2003 to 2010. He then became research professor of New Testament and Early Christianity at St Mary's College in the University of St Andrews in Scotland until 2019, when he became a senior research fellow at Wycliffe Hall at the University of Oxford.

Other Resources About N. T. Wright

What Schools Are Affiliated With N. T. Wright?

N. T. Wright is affiliated with the following schools:

N. T. Wright has made the following academic contributions: