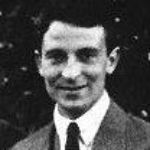 Why Is Oskar Klein Influential?

According to Wikipedia, Oskar Benjamin Klein was a Swedish theoretical physicist. Biography Klein was born in Danderyd outside Stockholm, son of the chief rabbi of Stockholm, Gottlieb Klein from Humenné in Kingdom of Hungary, now Slovakia and Antonie Levy. He became a student of Svante Arrhenius at the Nobel Institute at a young age and was on the way to Jean-Baptiste Perrin in France when World War I broke out and he was drafted into the military.

Other Resources About Oskar Klein

What Schools Are Affiliated With Oskar Klein?

Oskar Klein is affiliated with the following schools: