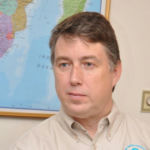 Why Is Paul Anastas Influential?

Anastas is at the forefront of the “green movement” seeking non-hazardous and environmentally friendly chemicals from design to manufacture and use. He coined the term “Green Chemistry,” in fact, and his career dedicated to its research and development has earned him prestigious positions in government and in academia. For instance, Anastas has served as Science Advisor to the U.S. Environmental Protection Agency (EPA) as well as the EPA’s Assistant Administrator for Research and Development, a position appointed by former President Barack Obama. He also served in the White House Office of Science and Technology Policy from 1999-2004. In industry, he co-founded the chemical company P2 Science (2011), and Catalytic Innovations and Inkemia Green Chemicals, both in 2017.

Anastas has published ten books on chemistry, notably Green Chemistry: Theory and Practice, co-authored with chemist John Warner. He has received numerous awards, including the U.S. Environmental Protection Agency Lifetime Achievement Award in 2017, as well as the Green Chemistry Award from the Royal Society of Chemistry, in 2016.

According to Wikipedia, Paul T. Anastas is an American scientist, inventor, author, entrepreneur, professor, and public servant. He is the Director of Yale University's Center for Green Chemistry and Green Engineering, Previously he served as the Science Advisor to the United States Environmental Protection Agency as well as the Agency's Assistant Administrator for Research and Development, appointed by President Barack Obama.

Other Resources About Paul Anastas

What Schools Are Affiliated With Paul Anastas?

Paul Anastas is affiliated with the following schools: