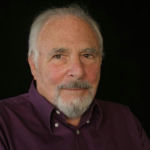 Why Is Paul Ekman Influential?

Paul Ekman holds the title of Professor Emeritus at the University of California San Francisco. He is the founder of the Paul Ekman Group. Previously, Ekman worked as a research associate at the Palo Alto Veterans Administration Hospital. Ekman completed his undergraduate studies at New York University in 1954, and his Ph.D. in clinical psychology at Adelphi University in 1958. Shortly thereafter, Ekman was drafted into the Army.

Ekman is best known for his research in emotion, especially in regards to facial expressions and nonverbal communication. Ekman argues that emotions are universal categories (across cultures) and that emotion, as well as their expression, are as much influenced by evolution and physiology as they are by cultural conditioning. His work is considered foundational to affective neuroscience, and its insights have been used in areas as wide ranging as computer science, managerial training, airport security, television, and movies.

Published works from Ekman include collaboration with Dalai Lama on the Emotional Awareness: Overcoming the Obstacles to Psychological Balance and Compassion, Telling Lies: Clues to Deceit in the Marketplace, Politics, and Marriage, and Nonverbal Messages: Cracking the Code: My LIfe’s Pursuit.

According to Wikipedia, Paul Ekman is an American psychologist and professor emeritus at the University of California, San Francisco who is a pioneer in the study of emotions and their relation to facial expressions. He was ranked 59th out of the 100 most cited psychologists of the twentieth century. Ekman conducted seminal research on the specific biological correlations of specific emotions, attempting to demonstrate the universality and discreteness of emotions in a Darwinian approach.

Other Resources About Paul Ekman

What Schools Are Affiliated With Paul Ekman?

Paul Ekman is affiliated with the following schools: