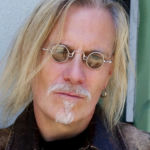 Why Is Peter McLaren Influential?

According to Wikipedia, Peter McLaren is a Canadian scholar who serves as Distinguished Professor in Critical Studies, College of Educational Studies, Chapman University, where he is Co-Director of the Paulo Freire Democratic Project and International Ambassador for Global Ethics and Social Justice. He is also Emeritus Professor of Urban Education, University of California, Los Angeles, and Emeritus Professor of Educational Leadership, Miami University of Ohio. He is also Honorary Director of Center for Critical Studies in Education in Northeast Normal University, Changchun, China.

Other Resources About Peter McLaren

What Schools Are Affiliated With Peter McLaren?

Peter McLaren is affiliated with the following schools: