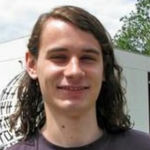 Why Is Peter Scholze Influential?

Scholze’s interests are mainly in a field known as arithmetic geometry, essentially the application of algebraic geometry to problems in number theory. He has proved in more compact form several of the most fundamental theories in all of mathematics. The University of California at Berkeley appointed Scholze to Chancellor’s Professor of Mathematics in 2014, and he also served as a Research Fellow at the Clay Mathematics Institute in New Hampshire for several years, beginning in 2011. Notably, Scholze’s professorship at Bonn made him the youngest full professor in Germany, at the age of 24.

Scholze is winner of the SASTRA Ramanujan Prize in 2013, as well as the Frank Nelson Cole Prize in Algebra in 2015, and the Fermat Prize that same year.

According to Wikipedia, Peter Scholze is a German mathematician known for his work in arithmetic geometry. He has been a professor at the University of Bonn since 2012 and director at the Max Planck Institute for Mathematics since 2018. He has been called one of the leading mathematicians in the world. He won the Fields Medal in 2018, which is regarded as the highest professional honor in mathematics.

Other Resources About Peter Scholze

What Schools Are Affiliated With Peter Scholze?

Peter Scholze is affiliated with the following schools: