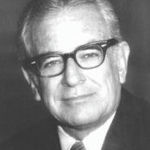 Why Is Ray Birdwhistell Influential?

According to Wikipedia, Ray L. Birdwhistell was an American anthropologist who founded kinesics as a field of inquiry and research. Birdwhistell coined the term kinesics, meaning "facial expression, gestures, posture and gait, and visible arm and body movements". He estimated that "no more than 30 to 35 percent of the social meaning of a conversation or an interaction is carried by the words." Stated more broadly, he argued that "words are not the only containers of social knowledge." He proposed other technical terms, including kineme, and many others less frequently used today. Birdwhistell had at least as much impact on the study of language and social interaction generally as just nonverbal communication because he was interested in the study of communication more broadly than is often recognized. Birdwhistell understood body movements to be culturally patterned rather than universal. His students were required to read widely, sources not only in communication but also anthropology and linguistics. Collaborations with others, including initially Margaret Mead and Gregory Bateson, and later, Erving Goffman and Dell Hymes had huge influence on his work. For example, the book he is best known for, Kinesics and Context, "would not have appeared if it had not been envisaged by Erving Goffman" and he explicitly stated "the paramount and sustaining influence upon my work has been that of anthropological linguistics", a tradition most directly represented at the University of Pennsylvania by Hymes.

Other Resources About Ray Birdwhistell

What Schools Are Affiliated With Ray Birdwhistell?

Ray Birdwhistell is affiliated with the following schools: