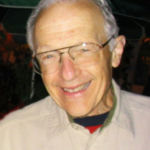 Why Is Ray Hyman Influential?

Professor Emeritus of Psychology at the University of Oregon, Ray Hyman is known for his work in cognitive psychology, and as a prominent and professional skeptic. In addition to his academic appointments, Hyman serves on the Executive Council for the Committee for Skeptical Inquiry. Hyman completed his undergraduate studies at Boston University, and earned his Ph.D. in psychology from Johns Hopkins University.

Despite holding positions at the University of Oregon and Harvard University, Hyman is best known for his work outside of academia. While an undergrad, Hyman made money through side-gigs as a magician and mentalist, a fascination which would later guide his career. Hyman is best recognized in the mainstream as a professional skeptic, performing public scrutiny and takedowns of prominent and influential parapsychology figures, most famously self-proclaimed psychic Uri Geller. Hyman helped found the Committee for Skeptical Inquiry (CSI), has published numerous works debunking parapsychology, and was even hired by the U.S. Department of Defense to investigate the potential reality of psychic phenomena (of which he found no truth).

For his work, Hyman has received awards and honors, including the In Praise of Reason Award, the Robert P. Balles Prize in Critical Thinking, and the Philip J. Klass award. Published works by Hyman include The Elusive Quarry.

According to Wikipedia, Ray Hyman is a Professor Emeritus of Psychology at the University of Oregon in Eugene, Oregon, and a noted critic of parapsychology. Hyman, along with James Randi, Martin Gardner and Paul Kurtz, is one of the founders of the modern skeptical movement. He is the founder and leader of the Skeptic's Toolbox. Hyman serves on the Executive Council for the Committee for Skeptical Inquiry.

Other Resources About Ray Hyman

What Schools Are Affiliated With Ray Hyman?

Ray Hyman is affiliated with the following schools: