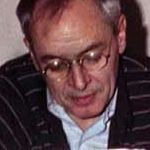 Why Is R. D. Laing Influential?

According to Wikipedia, Ronald David Laing , usually cited as R. D. Laing, was a Scottish psychiatrist who wrote extensively on mental illnessin particular, the experience of psychosis. Laing's views on the causes and treatment of psychopathological phenomena were influenced by his study of existential philosophy and ran counter to the chemical and electroshock methods that had become psychiatric orthodoxy. Taking the expressed feelings of the individual patient or client as valid descriptions of personal experience rather than simply as symptoms of mental illness, Laing regarded schizophrenia as a theory not a fact. Though associated in the public mind with the anti-psychiatry movement, he rejected the label. Politically, he was regarded as a thinker of the New Left. Laing was portrayed by David Tennant in the 2017 film Mad to Be Normal.

Other Resources About R. D. Laing

What Schools Are Affiliated With R. D. Laing?

R. D. Laing is affiliated with the following schools:

R. D. Laing has made the following academic contributions: