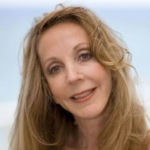 Why Is Rebecca Goldstein Influential?

According to Wikipedia, Rebecca Newberger Goldstein is an American philosopher, novelist, and public intellectual. She has written ten books, both fiction and non-fiction. She holds a Ph.D. in philosophy of science from Princeton University, and is sometimes grouped with novelists such as Richard Powers and Alan Lightman, who create fiction that is knowledgeable of, and sympathetic toward, science.

Other Resources About Rebecca Goldstein

What Schools Are Affiliated With Rebecca Goldstein?

Rebecca Goldstein is affiliated with the following schools: