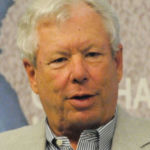 Why Is Richard Thaler Influential?

Richard Thaler is the Charles R. Walgreen Distinguished Service Professor of Behavioral Science and Economics at the University of Chicago Booth School of Business. He earned a B.A. from Case Western Reserve University, and an M.A. and Ph.D. from the University of Rochester.

Thaler is an expert in behavioral economics and has published a number of books on the topic, including Quasi-rational Economics, Misbehaving: The Making of Behavioral Economics, and Nudge: Improving Decisions About Health, Wealth, and Happiness.

He is a proponent of libertarian paternalism, which suggests that humans shouldn’t be forced to do the right thing, but instead should be “nudged” in the right direction. This approach helps to steer people toward making better decisions without removing the right to choose.

In 2017, Thaler was awarded the Nobel Memorial Prize in Economics for his work on limited rationality, lack of self-control, and how innately human traits affect their ability to make reasonable decisions…eventually impacting market outcomes. In short, his premise was that economics are driven by humans, and thus, the psychology of human decision-making is important to consider in the study of economics.

According to Wikipedia, Richard H. Thaler is an American economist and the Charles R. Walgreen Distinguished Service Professor of Behavioral Science and Economics at the University of Chicago Booth School of Business. In 2015, Thaler was president of the American Economic Association.

Other Resources About Richard Thaler

What Schools Are Affiliated With Richard Thaler?

Richard Thaler is affiliated with the following schools:

What Are Richard Thaler's Academic Contributions?

Richard Thaler has made the following academic contributions: