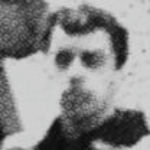 Why Is Richard Wilbur Influential?

According to Wikipedia, Richard Purdy Wilbur was an American poet and literary translator. One of the foremost poets of his generation, Wilbur's work, composed primarily in traditional forms, was marked by its wit, charm, and gentlemanly elegance. He was appointed the second Poet Laureate Consultant in Poetry to the Library of Congress in 1987 and received the Pulitzer Prize for Poetry twice, in 1957 and 1989.

Other Resources About Richard Wilbur

What Schools Are Affiliated With Richard Wilbur?

Richard Wilbur is affiliated with the following schools: