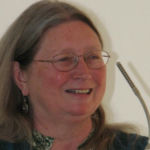 Why Is Rita Gross Influential?

According to Wikipedia, Rita M. Gross was an American Buddhist feminist scholar of religions and author. Before retiring, she was Professor of Comparative Studies in Religion at the University of Wisconsin–Eau Claire. In 1974 Gross was named the head of Women and Religion, a newly created section of the American Academy of Religion. She earned her PhD in 1975 from the University of Chicago in History of Religions, with the dissertation "Exclusion and Participation: The Role of Women in Aboriginal Australian Religion."  This was the first dissertation ever on women's studies in religion.  In 1976 she published the article "Female God Language in a Jewish Context" , which Jewish scholar and feminist Judith Plaskow considers "probably the first article to deal theoretically with the issue of female God-language in a Jewish context". Gross was herself born Lutheran before converting to Judaism in her twenties.

Other Resources About Rita Gross

What Schools Are Affiliated With Rita Gross?

Rita Gross is affiliated with the following schools: