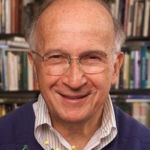 Why Is Roald Hoffmann Influential?

Hoffman, a Holocaust survivor, has had an amazing academic and research career in chemistry in the United States. His primary focus has been on the important topic of molecular orbital theory, in particular of polyhedral molecules, which have important applications in a number of areas in physics and chemistry. Hoffman’s work leading to the Nobel Prize isolated the products formed when heating compounds with heat or by activation with light. He has also performed fundamental research on a class of chemical compounds known as organometallic, that is, having at least one chemical bond between a carbon atom and a metal.

In addition to the Nobel Prize awarded in 1981, Hoffman won the National Medal of Science in 1983, and the Priestley Medal in 1990, named after famed 19th century chemist Joseph Priestley. He has also served as series host in a PBS education series titled The World of Chemistry. Hoffman was elected Fellow of the American Chemical Society in 2009.

According to Wikipedia, Roald Hoffmann is a Polish-American theoretical chemist who won the 1981 Nobel Prize in Chemistry. He has also published plays and poetry. He is the Frank H. T. Rhodes Professor of Humane Letters, Emeritus, at Cornell University, in Ithaca, New York.

Other Resources About Roald Hoffmann

What Schools Are Affiliated With Roald Hoffmann?

Roald Hoffmann is affiliated with the following schools: