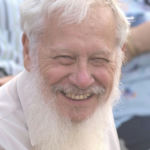 Why Is Robert Aumann Influential?

According to Wikipedia, Robert John Aumann is an Israeli-American mathematician, and a member of the United States National Academy of Sciences. He is a professor at the Center for the Study of Rationality in the Hebrew University of Jerusalem in Israel. He also holds a visiting position at Stony Brook University, and is one of the founding members of the Stony Brook Center for Game Theory.

Other Resources About Robert Aumann

What Schools Are Affiliated With Robert Aumann?

Robert Aumann is affiliated with the following schools: