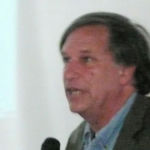 Why Is Robert Krulwich Influential?

According to Wikipedia, Robert Louis Krulwich is an American radio and television journalist who currently serves as a science correspondent for NPR and was a co-host of the program Radiolab. He has worked as a full-time employee of ABC, CBS, National Public Radio, and Pacifica. He has done assignment pieces for ABC's Nightline and World News Tonight, as well as PBS's Frontline, NOVA, and NOW with Bill Moyers. TV Guide called him "the most inventive network reporter in television", and New York Magazine wrote that he's "the man who simplifies without being simple."

Other Resources About Robert Krulwich

What Schools Are Affiliated With Robert Krulwich?

Robert Krulwich is affiliated with the following schools: