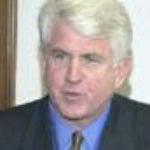 Why Is Robert Metcalfe Influential?

Robert Metcalfe is Professor of Innovation and Entrepreneurship at the University of Texas at Austin, the Murchison Fellow of Free Enterprise and an inventor/entrepreneur. He earned a B.S. in electrical engineering and a B.S. in industrial management from the Massachusetts Institute of Technology, and an M.S. in applied mathematics and Ph.D in computer science from Harvard University. He is perhaps best well-known for inventing the ethernet, with collaborator David Boggs, back in 1973. He is also a co-founder of 3Com, which manufactures networking equipment, and later, a publisher and technology commentator.

He has made a couple of predictions in his role as commentator that did not exactly follow through, such as the predicted demise of the internet, for which he was made to eat his words, quite literally. He also held a very pessimistic view of efforts to Open Source materials on the internet, a practice which is today quite common and acceptable. Not to be discouraged, he later prognosticated that wireless mobile would die off and we would all go back to landline telephones.

Though a futurist he may not be, his work on the ethernet consequently spurred huge advancements that have paved the way for how we all connect today.

According to Wikipedia, Robert Melancton Metcalfe is an engineer and entrepreneur from the United States who helped pioneer the Internet starting in 1970. He co-invented Ethernet, co-founded 3Com and formulated Metcalfe's law, which describes the effect of a telecommunications network. Since January 2011, he has been Professor of Innovation and Entrepreneurship at The University of Texas at Austin. He is also the Murchison Fellow of Free Enterprise.

Other Resources About Robert Metcalfe

What Schools Are Affiliated With Robert Metcalfe?

Robert Metcalfe is affiliated with the following schools: