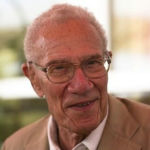 Why Is Robert Solow Influential?

Robert Solow is Emeritus Institute Professor of Economics at the Massachusetts Institute of Technology. Solow earned his B.A., M.A., and Ph.D from Harvard University. In the middle of his studies, from 1941-1945, Solow served in the U.S. Army, deployed overseas during World War II.

In 1957, Solow published an article, “Technical Change and the Aggregate Production Function”, in which he identified hidden residuals making up roughly half of all economic growth – factors that could not be accounted for. Now known as “Solow residuals”, these residuals are now recognized as technologies and innovations crucial to growth and funded appropriately. He created the Solow Growth Model, which measures market output in consideration of changes to technological progress, savings, and population growth.

He has been awarded the Nobel Memorial Prize in Economic Sciences and the Presidential Medal of Freedom. Perhaps even more impressive is that four of his Ph.D students (William Nordhaus, George Akerlog, Peter Diamond and Joseph Stiglitz) have gone on to become Nobel prize winners as well. A trustee for the Economists for Peace and Security, Solow is also the founder of Le Cournot Centre. He served as a senior economist for President John F. Kennedy’s Council of Economic Advisers from 1961-1963.

According to Wikipedia, Robert Merton Solow, GCIH is an American economist whose work on the theory of economic growth culminated in the exogenous growth model named after him. He is currently Emeritus Institute Professor of Economics at the Massachusetts Institute of Technology, where he has been a professor since 1949. He was awarded the John Bates Clark Medal in 1961, the Nobel Memorial Prize in Economic Sciences in 1987, and the Presidential Medal of Freedom in 2014. Four of his PhD students, George Akerlof, Joseph Stiglitz, Peter Diamond and William Nordhaus later received Nobel Memorial Prizes in Economic Sciences in their own right.

Other Resources About Robert Solow

What Schools Are Affiliated With Robert Solow?

Robert Solow is affiliated with the following schools: