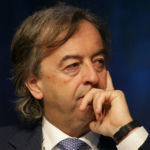 Why Is Roberto Burioni Influential?

According to Wikipedia, Roberto Burioni is an Italian virologist, physician and academic, Professor of Microbiology and Virology at the Vita-Salute San Raffaele University, Milan where he runs a lab developing human monoclonal antibodies against human infectious agents, the study of pathogen-host interplay, and the use of molecular tools in the early diagnosis of infectious diseases. Burioni has risen to fame in Italy for his strong stance against the antivaccination movement and has been described as the "most famous virologist in Italy".

Other Resources About Roberto Burioni

What Schools Are Affiliated With Roberto Burioni?

Roberto Burioni is affiliated with the following schools: