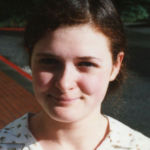 Why Is Ruth Lawrence Influential?

According to Wikipedia, Ruth Elke Lawrence-Neimark is a British–Israeli mathematician and an associate professor of mathematics at the Einstein Institute of Mathematics, Hebrew University of Jerusalem, and a researcher in knot theory and algebraic topology. Outside academia, she is best known for having been a child prodigy in mathematics.

Other Resources About Ruth Lawrence

What Schools Are Affiliated With Ruth Lawrence?

Ruth Lawrence is affiliated with the following schools: