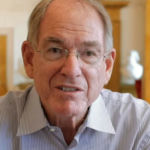 Why Is Samuel Bowles Influential?

Bowles’ research has explored existing theories regarding the effects of inequality and free markets, finding that countries with less inequality perform better than economies with greater inequality. He is interested in how human behavior, preferences, and motivations evolve over time. He has also explored selfishness and altruism as motivating forces, seeking to understand the factors that cause a human to choose one path or the other. His work has been characterized as neo-Marxian or, for others post-Walrasian economics.

Bowles was recognized by the Global Development and Environment Institute in 2006.

According to Wikipedia, Samuel Stebbins Bowles , is an American economist and Professor Emeritus at the University of Massachusetts Amherst, where he continues to teach courses on microeconomics and the theory of institutions. His work belongs to the neo-Marxian tradition of economic thought. However, his perspective on economics is eclectic and draws on various schools of thought, including what he and others refer to as post-Walrasian economics.

Other Resources About Samuel Bowles

What Schools Are Affiliated With Samuel Bowles ?

Samuel Bowles is affiliated with the following schools: