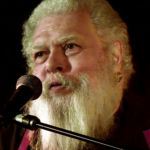 Why Is Samuel R. Delany Influential?

According to Wikipedia, Samuel R. "Chip" Delany , is an American author and literary critic. His work includes fiction , memoir, criticism, and essays . His fiction includes Babel-17, The Einstein Intersection , Nova, Dhalgren, the Return to Nevèrÿon series, and Through the Valley of the Nest of Spiders. His nonfiction includes Times Square Red, Times Square Blue, About Writing, and eight books of essays. After winning four Nebula awards and two Hugo Awards over the course of his career, Delany was inducted into the Science Fiction and Fantasy Hall of Fame in 2002.

Other Resources About Samuel R. Delany

What Schools Are Affiliated With Samuel R. Delany?

Samuel R. Delany is affiliated with the following schools:

Samuel R. Delany has made the following academic contributions: