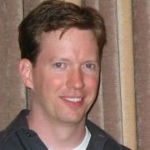 Why Is Sean M. Carroll Influential?

Sean Carroll was born in Philadelphia, Pennsylvania in 1966. Carroll received a bachelor’s degree from Villanova University and a PhD in astronomy from Harvard University. Carroll is currently a research professor in the Walter Burke Institute for Theoretical Physics in the California Institute of Technology Department of Physics.

Carroll’s work focuses on theoretical cosmology and quantum field theory. Ideas that enter into science fiction, like extra spacetime dimensions, are also part of his theoretical repertoire. Carroll is an effective writer and popularizer of difficult subjects in science and physics. He’s made appearances on the History Channel’s The Universe, the Science Channel’s Through the Wormhole with Morgan Freeman, Closer to Truth (broadcast on PBS), and even Comedy Central’s popular The Colbert Report. He authored a text book on physics intended for graduate students, titled Spacetime And Geometry, and is the author of four books about science and physics intended for a broad audience.

Carroll was elected a fellow of the American Physical Society in 2010. In 2014, he won the Andrew Gemant Award for cultural, artistic, or humanistic contributions to physics.

According to Wikipedia, Sean Michael Carroll is an American theoretical physicist and philosopher who specializes in quantum mechanics, gravity, and cosmology. He is a research professor in the Walter Burke Institute for Theoretical Physics in the California Institute of Technology Department of Physics and an External Professor at the Santa Fe Institute. He is going to be Homewood Professor of Natural Philosophy at Johns Hopkins University in Baltimore from the summer of 2022. He has been a contributor to the physics blog Cosmic Variance, and has published in scientific journals such as Nature as well as other publications, including The New York Times, Sky & Telescope and New Scientist. He is known for atheism, critique of theism and defense of naturalism. He is considered a prolific public speaker and science populariser. In 2007, Carroll was named NSF Distinguished Lecturer by the National Science Foundation.

Other Resources About Sean M. Carroll

What Schools Are Affiliated With Sean M. Carroll?

Sean M. Carroll is affiliated with the following schools:

Sean M. Carroll has made the following academic contributions: