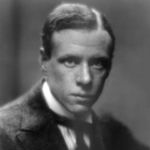 Why Is Sinclair Lewis Influential?

According to Wikipedia, Harry Sinclair Lewis was an American writer and playwright. In 1930, he became the first writer from the United States to receive the Nobel Prize in Literature, which was awarded "for his vigorous and graphic art of description and his ability to create, with wit and humor, new types of characters." He is best known for his novels Main Street , Babbitt , Arrowsmith , Elmer Gantry , Dodsworth , and It Can't Happen Here .

Other Resources About Sinclair Lewis

What Schools Are Affiliated With Sinclair Lewis?

Sinclair Lewis is affiliated with the following schools:

What Are Sinclair Lewis's Academic Contributions?

Sinclair Lewis has made the following academic contributions: