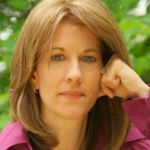 Why Is Stephanie Kelton Influential?

According to Wikipedia, Stephanie A Kelton is an American heterodox economist and academic, and a leading proponent of Modern Monetary Theory. She is a professor at Stony Brook University and a Senior Fellow at the Schwartz Center for Economic Policy Analysis at the New School for Social Research. She was formerly a professor at the University of Missouri–Kansas City. She also served as an advisor to Bernie Sanders's 2016 presidential campaign.

Other Resources About Stephanie Kelton

What Schools Are Affiliated With Stephanie Kelton?

Stephanie Kelton is affiliated with the following schools: