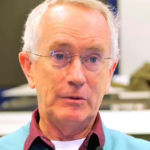 Why Is Steve Keen Influential?

His work has leaned on Hyman Minsky’s financial instability hypothesis and Fisher’s debt deflation, and has led him to conclude that the current worldwide economic crisis is caused by overlending and overborrowing. His views on neoclassical economics have not always endeared him to modern economists. His book, Debunking Economics, casts neoclassical economics as unscientific, inconsistent, and not contributing new knowledge, but merely providing a positive feedback loop protecting old ideas. Other economists criticized his work, which they felt was based on misconceptions and calculation errors related to fundamental assumptions used.

Keen’s work has also led him to conclude that both the EU and the Euro are doomed to fail – a question of when, and not if. He reasons that failure is predetermined because of the EUs inability to avoid damaging some of its member nations when they are at their most vulnerable economically.

Keen has also developed a systems dynamics software, Minksy, which seeks to bring monetary system dynamics modelling to economics. The Minksy software allows for the modelling of complex systems using flowcharts to define relationships between entities. A unique feature to Keen’s Minksy software is the “Godley Table” that uses double entry bookkeeping to model financial flows.

According to Wikipedia, Steve Keen is an Australian economist and author. He considers himself a post-Keynesian, criticising neoclassical economics as inconsistent, unscientific and empirically unsupported. The major influences on Keen's thinking about economics include John Maynard Keynes, Karl Marx, Hyman Minsky, Piero Sraffa, Augusto Graziani, Joseph Alois Schumpeter, Thorstein Veblen, and François Quesnay. Hyman Minsky's financial instability hypothesis forms the main basis of his major contribution to economics which mainly concentrates on mathematical modelling and simulation of financial instability. He is a notable critic of the Australian property bubble, as he sees it.

Other Resources About Steve Keen

What Schools Are Affiliated With Steve Keen?

Steve Keen is affiliated with the following schools:

What Are Steve Keen's Academic Contributions?

Steve Keen has made the following academic contributions: