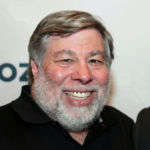 Why Is Steve Wozniak Influential?

According to Wikipedia, Stephen Gary Wozniak , also known by his nickname "Woz", is an American electronics engineer, computer programmer, philanthropist, and technology entrepreneur. In 1976, with business partner Steve Jobs, he co-founded Apple Inc., which later became the world's largest information technology company by revenue and the largest company in the world by market capitalization. Through his work at Apple in the 1970s and 1980s, he is widely recognized as one of the prominent pioneers of the personal-computer revolution.

Other Resources About Steve Wozniak

What Schools Are Affiliated With Steve Wozniak?

Steve Wozniak is affiliated with the following schools: