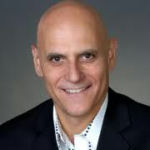 Why Is Steven C. Hayes Influential?

Steven C. Hayes currently holds the title of Nevada Foundation Professor at the University of Nevada. Additionally, Hayes has held President positions at a variety of organizations, including a chapter of the American Psychological Association, the American Association of Applied and Preventive Psychology, the Association for Behavioral and Cognitive Therapies, and the Association for Contextual Behavioral Science. Hayes completed his undergraduate studies at Loyola Marymount University, and his MA and Ph.D. at West Virginia University in 1977.

A clinical psychologist, Hayes primarily works in cognitive psychology and behavioral analysis, and focuses both on research and clinical application of research. In particular, Hayes is best known for originating relational frame theory and clinical behavior analysis. Relational frame theory focuses on higher-level cognition in humans, our use of language, and how insights in these areas can be applied to relieve issues such as chronic anxiety. His approach is not without controversy.

Popular works by Hayes include Get Out of Your Mind and Into Your Life: The New Acceptance and Commitment Therapy and more recently, A Liberated Mind: How to Pivot Toward What Matters.

For his work, Hayes has received awards including the Impact of Science on Application award from the Society for the Advancement of Behavior Analysis, as well as the Lifetime Achievement Award from the Association for Behavioral and Cognitive Therapy.

According to Wikipedia, Steven C. Hayes is an American clinical psychologist and Nevada Foundation Professor at the University of Nevada, Reno Department of Psychology, where he is a faculty member in their Ph.D. program in behavior analysis. He is known for developing relational frame theory, an account of human higher cognition. He is the co-developer of acceptance and commitment therapy , a popular evidence-based form of psychotherapy that uses mindfulness, acceptance, and values-based methods, and is the co-developer of process-based therapy , a new approach to evidence-based therapies more generally. He also coined the term clinical behavior analysis.

Other Resources About Steven C. Hayes

What Schools Are Affiliated With Steven C. Hayes?

Steven C. Hayes is affiliated with the following schools: