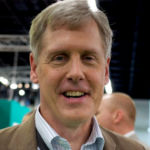 Why Is Steven Sasson Influential?

According to Wikipedia, Steven J. Sasson is an American electrical engineer and the inventor of the self-contained digital camera. Sasson is a 1972 and 1973 graduate of Rensselaer Polytechnic Institute in electrical engineering. He attended and graduated from Brooklyn Technical High School. He has worked for Kodak since shortly after his graduation from engineering school.

Other Resources About Steven Sasson

What Schools Are Affiliated With Steven Sasson?

Steven Sasson is affiliated with the following schools: