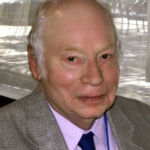 Why Is Steven Weinberg Influential?

Steven Weinberg was born in New York City in 1933. He earned his bachelor’s degree from Cornell University and his PhD from Princeton University. Weinberg holds the Josey Regental Chair in Science at the University of Texas at Austin, and is a member of both the Physics and the Astronomy departments there. In 2004 the American Philosophical Society called him one of the “preeminent theoretical physicist[s] alive in the world today.” Weinberg received a bachelor’s degree in Physics from Cornell University in 1954. He earned his Ph.D. in Physics at Princeton University in 1957.

Weinberg’s research focus in physics is in theoretical particle physics, where he has studied the high energy behavior of quantum field theory and gravity. He describes his approach to quantum field theory in his book The Quantum Theory of Fields and in his later textbook Gravitation and Cosmology. Weinberg is world famous for proposing, while a visiting professor at MIT in 1967, a model of unification for electromagnetism and the model of nuclear weak forces. Interestingly, one of the predictions of Weinberg’s theory was the existence of the Higgs Boson. In what is known as the “Standard Model” of nuclear physics which has come to define the field, Weinberg has made major and lasting contributions.

According to Wikipedia, Steven Weinberg was an American theoretical physicist and Nobel laureate in physics for his contributions with Abdus Salam and Sheldon Glashow to the unification of the weak force and electromagnetic interaction between elementary particles.

Other Resources About Steven Weinberg

What Schools Are Affiliated With Steven Weinberg?

Steven Weinberg is affiliated with the following schools:

What Are Steven Weinberg's Academic Contributions?

Steven Weinberg has made the following academic contributions: