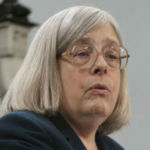 Why Is Theda Skocpol Influential?

A scholar of historical institutionalism, comparative sociology, and political science, she has studied the phenomena of social revolutions and impacts on social policy and engagement. Her best known work is States and Social Revolutions: A Comparative Analysis of France, Russia, and China. Her book Protecting Soldiers and Mothers: The Political Origins of Social Policy in the United States was awarded the Woodrow Wilson Award for best political science book in 2003. Four years later, she received one of the most prestigious awards for political science in the world – the Johan Skytte Prize.

Skocpol is a founder and editor of Princeton Studies in American Politics: Historical, Comparative, and International Perspectives, and is a past president of the Politics and History Section of the American Political Science Association. She is a member of the American Philosophical Society and the National Academy of Sciences.

She co-founded the Scholars Strategy Network in 2009, to foster collaboration among scholars and researchers.

According to Wikipedia, Theda Skocpol is an American sociologist and political scientist, who is currently the Victor S. Thomas Professor of Government and Sociology at Harvard University. She is a highly influential figure in both sociology and political science. She is best known as an advocate of the historical-institutional and comparative approaches, as well as her "state autonomy theory". She has written widely for both popular and academic audiences. She has been President of the American Political Science Association and the Social Science History Association.

Other Resources About Theda Skocpol

What Schools Are Affiliated With Theda Skocpol?

Theda Skocpol is affiliated with the following schools: