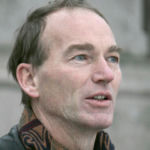 Why Is Thomas Hylland Eriksen Influential?

Areas of Specialization: Social Anthropology
Thomas Hylland Eriksen is a professor of social anthropology at the University of Oslo and a member of the Norwegian Academy of Science and Letters. He is a scholar of identity politics, cultural dynamics, the global response to accelerating change and crisis, and the Creole world. He has published numerous works, including Common Denominators: Ethnicity, Nationalism and the Politics of Compromise in Mauritius, Fredrik Barth: An Intellectual Biography, and Overheating: An Anthropology of Accelerated Change. He has also published many research articles showcasing his work, including, Confessions of a Useful Idiot (Or why Culture Should be Brought Back In), The Internet, the “Laws of Media” and Identity Politics, and Mind the Gap: Flexibility, Epistemology and the Rhetoric of New Work. At times a minor figure in Norwegian party politics, he has been a vocal critic of the emergence of Nationalism in Norway’s public discourse.

From 2012–2016, Eriksen served as the president of the European Association of Social Anthropologists. He received an Advanced Grant from the European Research Council in 2011, and used those funds to direct research on major areas of crises in globalization initiatives. He is an External Scientific Member of the Max Planck Society, and a member of the Norwegian Academy of Science and Letters.

According to Wikipedia, Thomas Hylland Eriksen is a Norwegian anthropologist. He is currently a professor of social anthropology at the University of Oslo, as well as the 2015–2016 president of the European Association of Social Anthropologists. He is a member of the Norwegian Academy of Science and Letters.

Other Resources About Thomas Hylland Eriksen

What Schools Are Affiliated With Thomas Hylland Eriksen?

Thomas Hylland Eriksen is affiliated with the following schools: