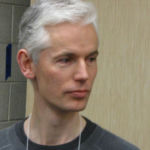 Why Is Timothy Gowers Influential?

Gowers is Royal Society Research Professor at the Department of Pure Mathematics and Mathematical Statistics at the University of Cambridge, UK. He also holds the Rouse Ball Chair in Mathematics at Cambridge (Roger Penrose holds this Chair at the other granting institution, Oxford), and is a Fellow of Trinity College, Cambridge. Gowers received his early training at King’s College and Eton, where he was a King’s Scholar. He received his Ph.D. from Trinity College, Cambridge University in 1990.

A British mathematician, Gowers’ work has been primarily in functional analysis, and in particular in the vector construct known as a Banach space. He has also performed fundamental work in combinatorics and number theory (of combinatorial number theory), proving a number of important lemmas and results, as well as introducing the concept of a quasi random group in 2005. Most recently, Gowers has taken up the perennial problem in mathematics, the conjecture that “P does not equal NP,” or in other words that complex problems in computational theory (NP problems) cannot be reduced to a simpler class of problem, known as P.

Gowers also helped to popularize mathematics, writing a book for a general readership in 2002 titled Mathematics: A Very Short Introduction. Interestingly, he also served as a consultant on the movie Proof in 2005. He is also active in encouraging collaboration on difficult problems in mathematics online.

Gowers won the Fields Medal in 1998. He was knighted by the Queen (British Monarchy) for his services to mathematics in 2012.

According to Wikipedia, Sir William Timothy Gowers, is a British mathematician. He is Professeur titulaire of the Combinatorics chair at the Collège de France, and Director of Research at the University of Cambridge and Fellow of Trinity College, Cambridge. In 1998, he received the Fields Medal for research connecting the fields of functional analysis and combinatorics.

Other Resources About Timothy Gowers

What Schools Are Affiliated With Timothy Gowers?

Timothy Gowers is affiliated with the following schools: