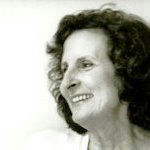 Why Is Trisha Brown Influential?

According to Wikipedia, Trisha Brown was an American choreographer and dancer, and one of the founders of the Judson Dance Theater and the postmodern dance movement. Early life and education Brown was born in Aberdeen, Washington in 1936, and received a B.A. degree in dance from Mills College in 1958. Brown later received a D.F.A. from Bates College in 2000. For several summers she studied with Louis Horst, José Limón, and Merce Cunningham at the American Dance Festival, then held at Connecticut College.

Other Resources About Trisha Brown

What Schools Are Affiliated With Trisha Brown?

Trisha Brown is affiliated with the following schools: